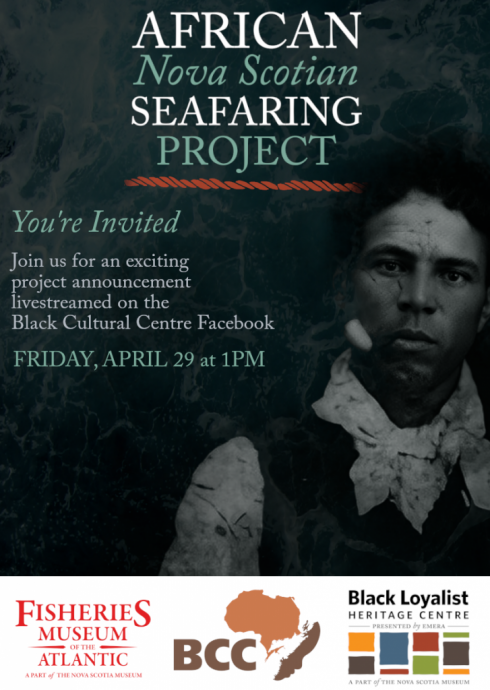 There have been people of African descent living and working in Nova Scotia for over four hundred years, and they have been involved in virtually every aspect of marine industry – as fishers and processors, shippers and sailors, and shipbuilders and navigators. There were enslaved Africans working in Louisbourg’s fishing stations, Black Loyalists who savvily turned to the ocean for survival when left with limited resources, and communities such as Delaps Cove and Africville whose economies and geography were based around the sea. Still, the experiences and contributions of African Nova Scotian seafarers and their coastal communities have remained absent from practically all comprehensive bodies of research regarding maritime industry.

Join us for a special project announcement and lecture to launch the new collaboration between the Black Cultural Centre, the Black Loyalist Heritage Centre and the Fisheries Museum of the Atlantic. This one hour live streamed event will introduce the rich history of people of African descent working on and contributing to our seafaring and marine industries while inviting community to follow along as this project comes to fruition. Learn about the history, hear about the exciting upcoming travelling exhibit, and find out how you can make this project stronger with your voice.